AN INNOVATIVE WAY TO TEACH the Human Genome.

TEACHING ABOUT DNA AND EPIGENETICS SHOULDN’T BE BORING!

That’s why we created our own 38-inch DNA ladder model that turns learning about DNA and the human genome into an exciting kinetic experience.  PLUS, whenever you purchase the model, you’ll receive lifetime access to our online curriculum!
Purchase Product
Sample Lesson 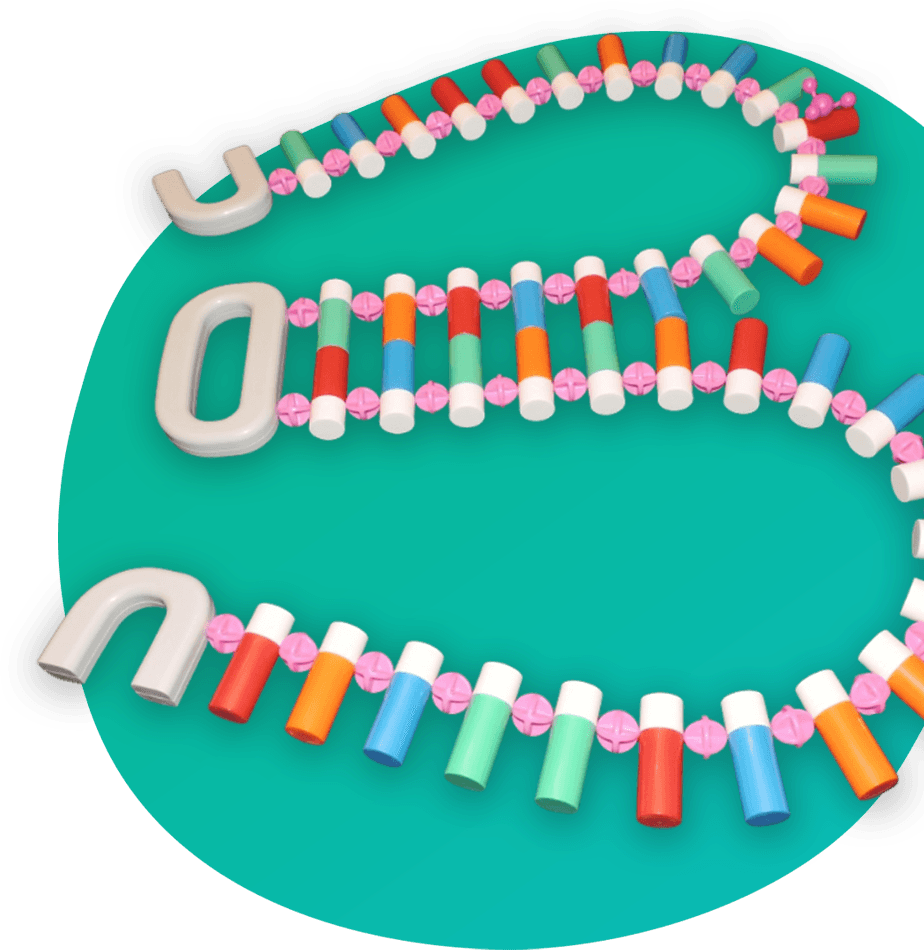 Purchase Our Model and Get Lifetime Access to our Online Curriculum 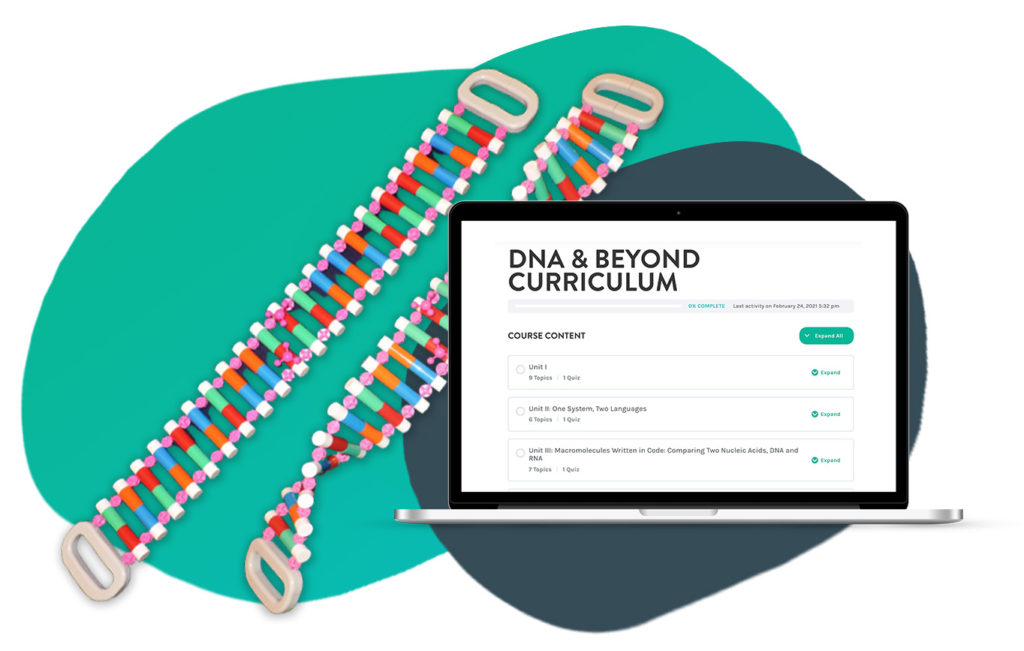 Our curriculum has been designed to be both accessible and engaging for those who want to learn about the wonders of the human genome.

Expand beyond our DNA Model with our tRNA's and amino acid add-on's that will help change your model into a messenger RNA. 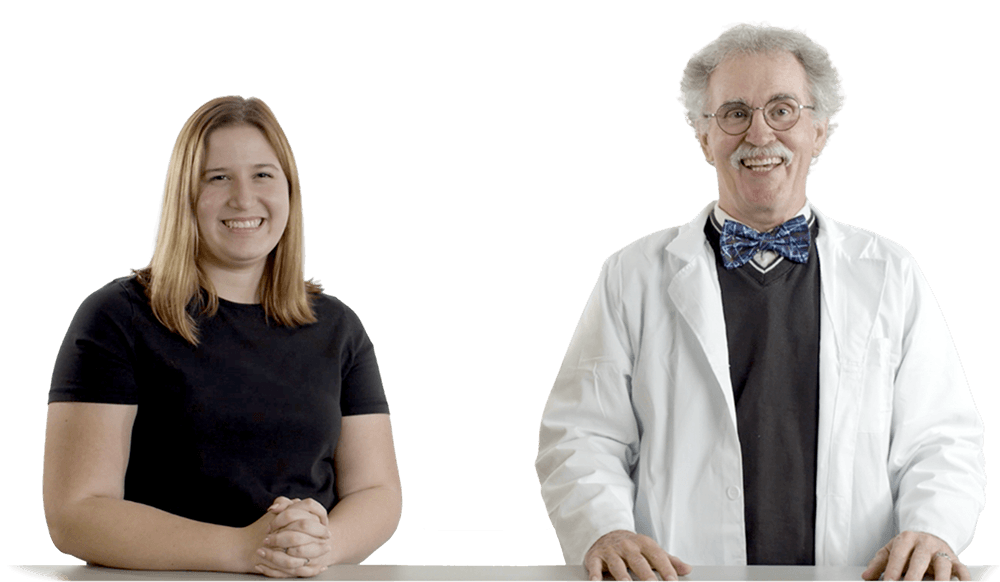 Each rung is comprised of two color-coded nucleic acid half-rungs –either Crimson with Green, or Azure with Tangerine (illustrating the A/T and C/G complimentary pairing).  Each half rung is equipped with white outside sections signifying the deoxyribose sugar (white is chosen since sugar cubes and processed sugar are white).  Separating the rungs are pairs of ball-shaped (with 8 nooks) “phosphate” molecules.  To symbolize the “P” of phosphate, we use the color purple. The final member of the 7-molecule team is the pair of methyl tags, which are colored magenta.  They can be added or removed, modeling the on/off switching of the epigenetic control system.

Each rung, with its two half dowels, is held together as one rung by the action of magnets.  Yet the rungs can break open, with the action of those same embedded magnets, which allow the half-rungs to break open when tugged on.  There are two ergonomic handles—one on each end.

Because the ladder-chain has robust flexibility, it can be laid out flat on a display table, or held vertically, or suspended horizontally in mid-air.  In any of these positions, the model can be twisted into the famous double-helix.

As explained above, the model will zip open just as the DNA molecule “unzips” for transcription of the RNA copy, or for duplication. This is made much easier by the engineering of one of the two handles so that it splits in the middle; it breaks open, when the pull of its embedded magnets is overcome with a tug

As mentioned above, each model is equipped with a pair of tiny methyl molecules, a “carbon-head-with-three-hydrogen-ears” (see picture of these tags, pulled out of the slot and laid next to the model).  The methyl tags have two options.  They can be plugged into the two tiny holes on a pair of adjacent-and-cater-corner “C” letters, to show how a gene sequence can be “methylated”—causing it to “rest” or be switched off. The other option is to reverse this action: the methyl tags can be removed from those two “C” half-rungs, making the gene sequence “unmethylated,” which has the effect of “waking up” the gene. It is then activated and ready for transcription into RNA! 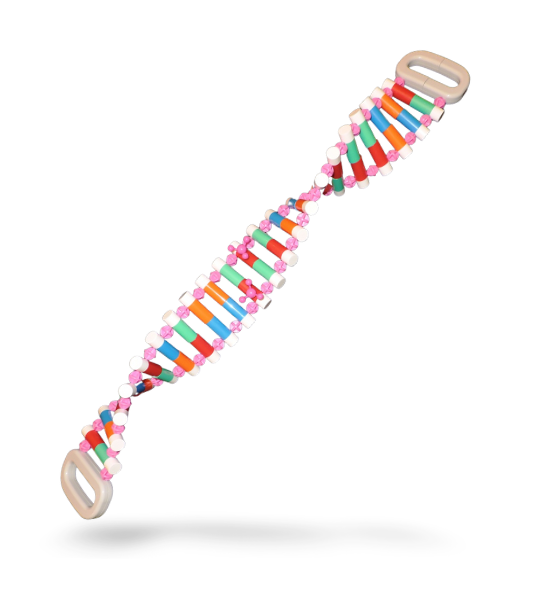 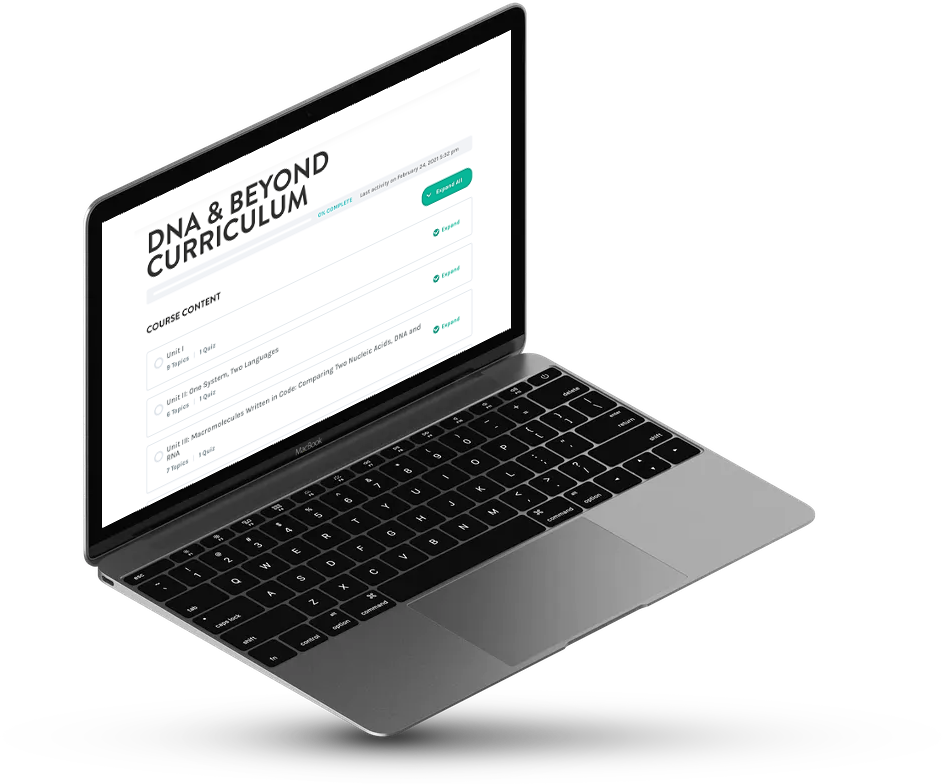 “When your student engages with these resources, they’ll not only enjoy a holistic experience but they will be given the ‘keys’ to discover more about the human genome that could help shape their future understanding of biology and health.” 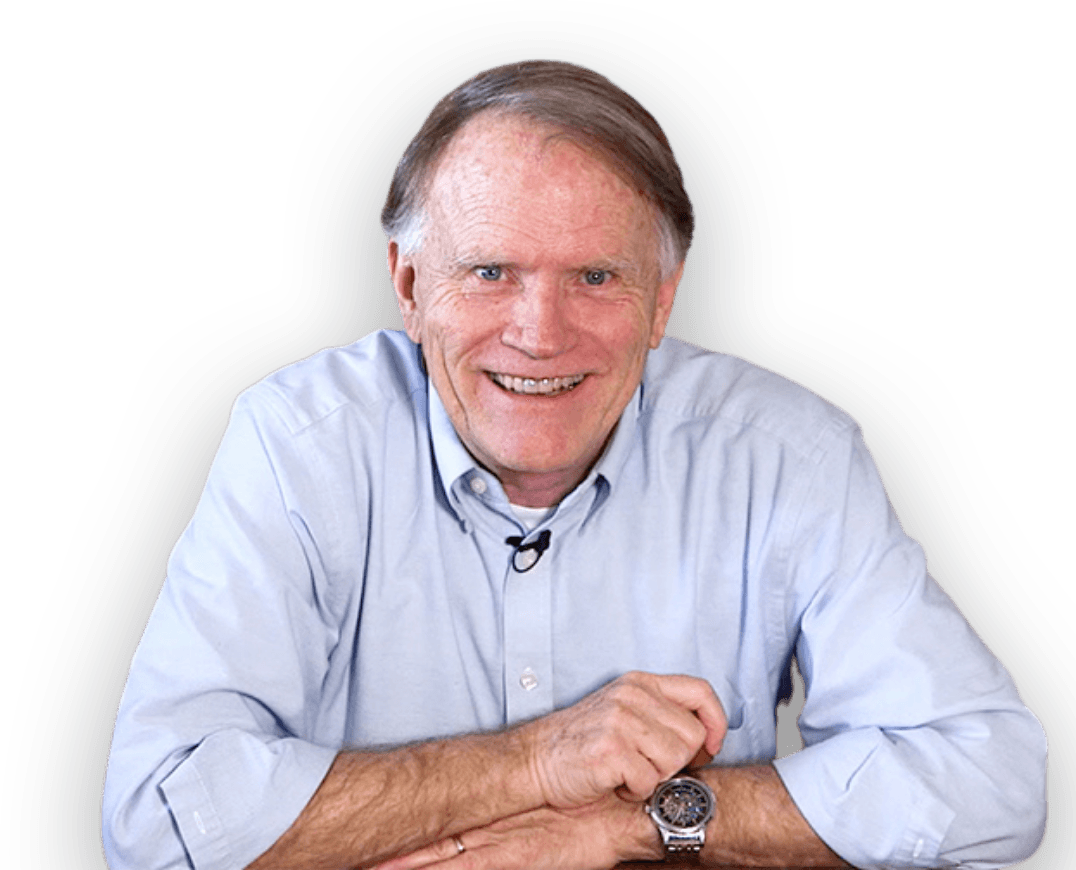 Take our online curriculum for a test drive so that you can discover how it all works together!